Having enjoyed the, both CX  Badlands Princess Risborough and its previous incarnation at Henley I looked at the date and timing of the Woodcote version and considered it a useful test in the build up to this years Dirty Revier (130)

Planning has gone well and having spent the previous evening enjoying an early valentines weekend with the current Mrs H, I channel my inner Jacques Anquetil with the right amount and Champagne, good food and rest it was with a degree of apprehension I dragged my self out of my warm hotel bed to travel the 30 minutes from Oxford down to the CX registration aka Woodcote community centre. Having been warned about the lack of parking I was delighted to realised that my promptness was rewarded with the choice of spaces which were then quickly filled up around me in a matter of minutes. Ian one nil up!

I had first been attracted to this event on the basis of a write up which suggested that the route was made up of a good proportion of lanes and only a small amount of off- road mud which would suit a fast pace. I was keen to test the current level of progress than had made in the quest to show some degree of competence in my current obsession. I enthusiastically joined the first group of eager participants, illustrated by the number of Sonders, Genesis, with a sprinkling of Luft Forks, I was, smiling to myself on board my trusty Boardman Team Cx wondering how my latest Hunt upgrades and Gravel Kings would cope.

Setting off bang on time at  8:30am, the the plan was to lay down a fast first 10km and getting ahead of my personal target which was  to achieve gold medal time. ( needed a average of +20km) I was rewarded with about 8 km of pretty much downhill which  gathered some considerable momentum which was carried on into the rainy and windy tracks and lanes of Oxfordshire.  Some might say this root is complex, others may say tangled or even convoluted and can guarantee with our expert local knowledge you couldn’t retrace this route with the GPX.   The consequence of having lots of sharp turns  is that you loose you bearings pretty quickly and I just focused on knocking the KM’s. There were no real killer climbs, but there were some stiff short pushes in the first  half which are mostly on lanes and you are rewarded with some fun downhills that eat up the distance quickly.

Moving into the second half my average speed was still good, legs were holding up and I was getting moderately excited that targets might be met! Now it started to get really interesting! The terrain got way more varied. Having sussed out that hitting the middle of puddles was the best approach to find grip this was challenged when one puddle turned into the more of a “sink hole” which swallowed pedals and crank! I was pleased I had the overshoes on but by now they were swamped I was focused on staying moving to keep the body temperature up.  The rain by now was persistent but the multilayers of Rapha were holding up well.

After 50Km you get to recognise the riders around you and it turn into a game of leap frog caused by the different style of bikes and equipment. This particularly played out as game of tag with a couple of hardtail MTB’s who attacked the increasing number of muddy climbs with gusto and smashed the one piece of series Downhill single track. What was satisfying  was  how quickly I could eat up the distance lost when we hit the firmer surfaces. This however was punctuated by a serious wake up call whilst winding up the speed.  I hit what I thought was a small puddle and then turned into the mother of all pot holes. It was not a nice noise, and having firstly realised I was still up right and moving forward I was surprise and delighted to realise that the Hunt rims had brushed up this potentially catastrophic crash.    The surface actually got consistency poorer the closer we got to the finish with at lot of the last 15 Km being very muddy indeed and consequently very slow. The Gravel kings held up incredibly well in the slippy stuff and you learn to stay light on the bike to avoid any spills.

Having made it through the trails of mud hell I finally broke free of the quagmire hoping that my average speed had not been too much effected with less than 2km to go I faced a new barrier.. traffic… who new that the metropolis of Woodcote could be so busy at 12:30pm on a Sunday and who has parked all these cars all along the lanes stretching right back to the community centre…The bike racks were the big giveaway… so the big final push was foregone and a gentle glide home avoiding oncoming traffic was in order …The Garmin was stopped and after what seemed an age I was presented with the data…. Ave Speed Distance 79.3Km .. time 3:53 average speed 20.3 Hurrah!  Finally a gold medal time in a CX event….  Now it was time to change into something slightly less damp and cold,  grab a bowl of chilli,  collect medal and get back to socialising in Oxford….Mowgali’s Kitchen awaited.

Conclusion – This was a great route although if you are  mud adverse you might not welcome the short sections of gloop. Organisation as always was excellent, great chat and support along the route… throughly recommend any of the Kinesis CX events. Ps Watch out for those pot holes! 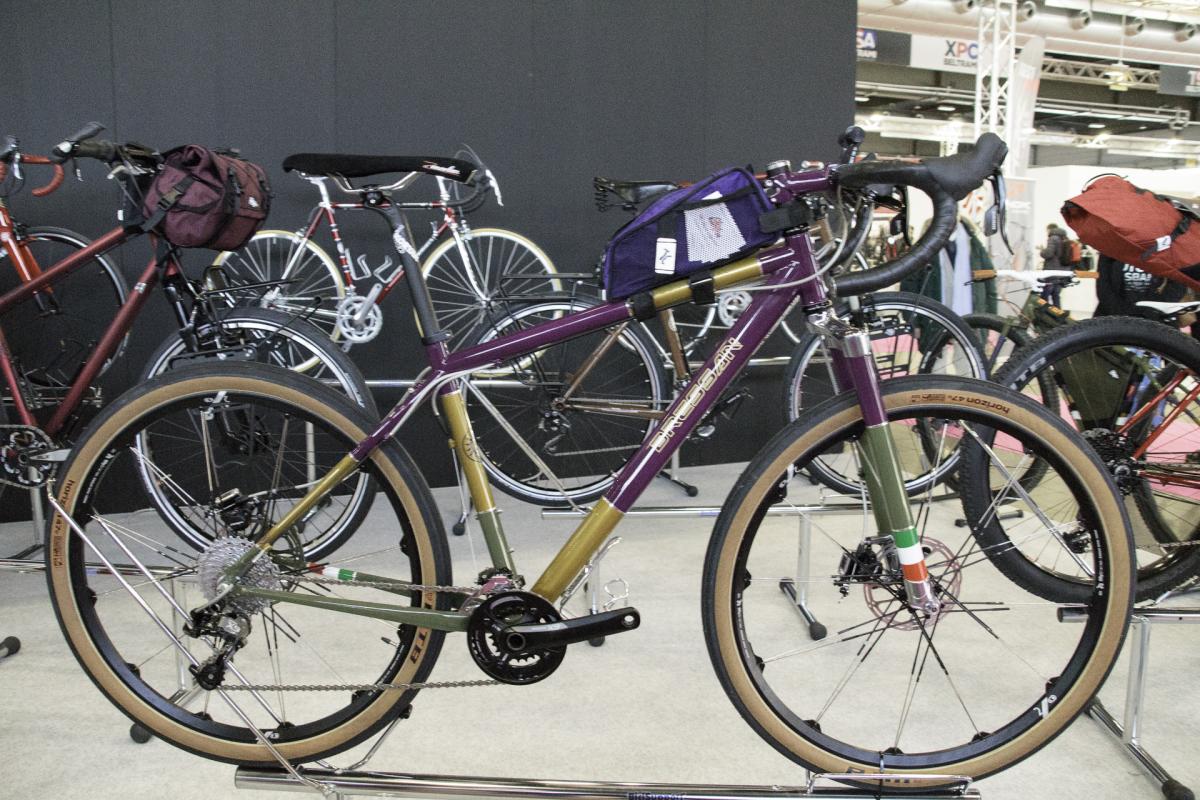 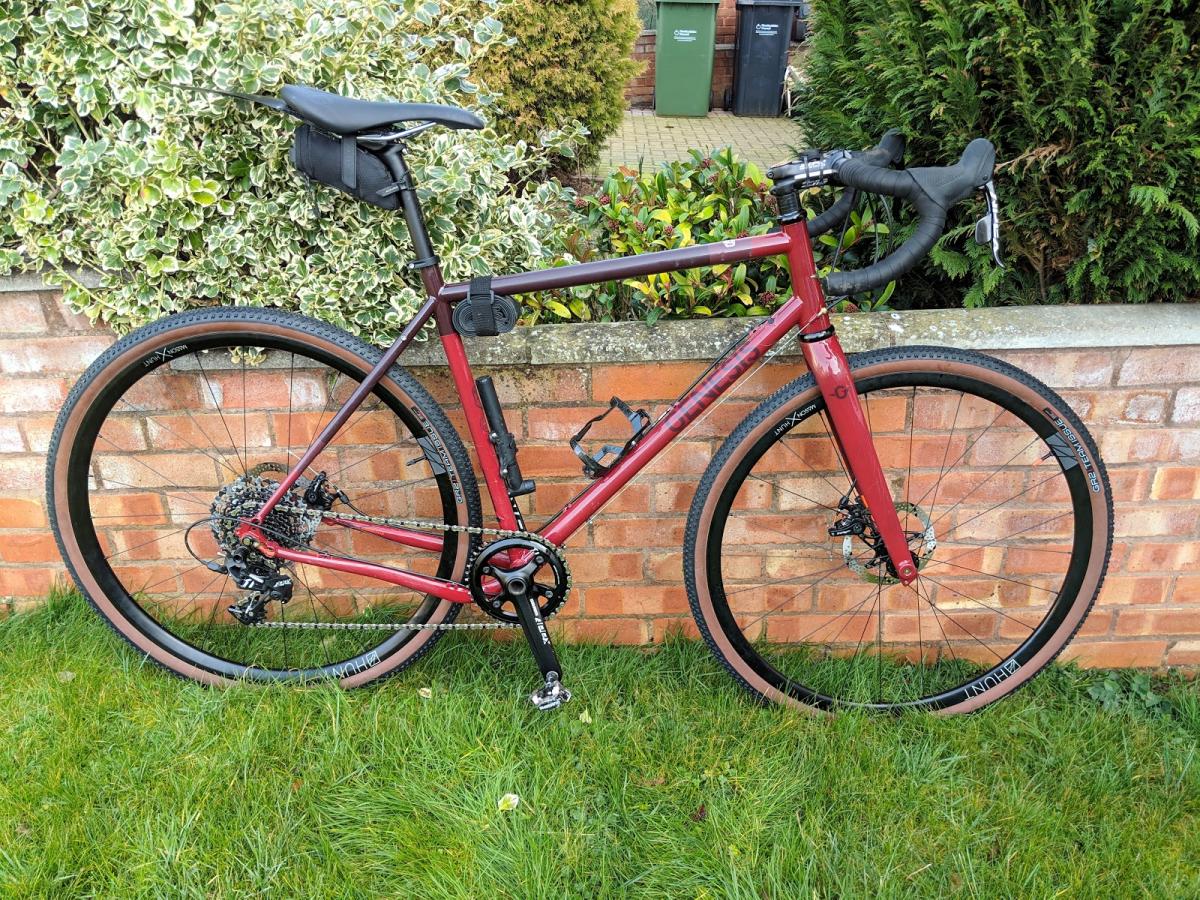 The Versatility Conundrum – One mans Battle with Wheels, Formats, and Tubeless Tyres.